It was a sunny, warm day, and we drove into the parking area near the container pier beside Point Pleasant Park.  Only a few moments in, and it was clear that this was a popular place as I watched people come and go, and an almost steady stream along the path.  I got out, map in hand, and set out in search of three particular pieces of history, the Point Pleasant Battery, Fort Ogilvie, and the Cambridge Battery.

This area, near to the shoreline, showed signs of recent winds and stormsurge.  Debris was everywhere displaying evidence of just how the high the water had come.  Today, however, Haligonians jogged, walked, ate lunch and carried on about their day.

The battery at Point Pleasant was rushed into construction in 1762 after the French seized control of St. John's, Newfoundland.  The concern was that Halifax, already a strategic naval port, would also inevitabley be attacked.  The fortification featured five 24-pounders facing forward, and two 9-pounders on the flanking side. 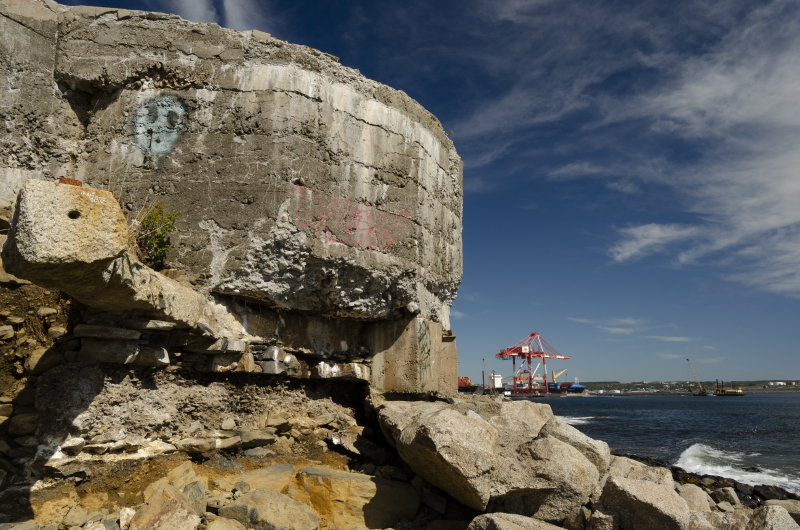 In the 1890's, two searchlights and generators were added to the site.  World War I saw the guns upgraded to two 12-pounder quick firing guns which, combined with the searchlights, formed part of the harbour's anti-submarine defences.

It was finally decommissioned sometime near 1920.

I rounded an uphill corner and found myself entering the compound.  Two men were playing with a dog and I couldn't help but note the contrast between that scene, and the reason for the structures behind them.

With the situation in France becoming unstable, the British built Fort Ogilvie in 1793 to bolster the defence of Halifax.  It was meant to reinforce the existing Point Pleasant Battery already defending the main channel.

The fort was named after Brigadier General Ogilvie who was Commander-in-Chief of the Nova Scotia District from 1787 until 1794.  When constructed, the fort was armed with six 24-pounder smooth-bore cannons with an effective range of about 1,200 yards.

For the 30 years following the War of 1812, the fort fell into disrepair resulting in no usable cannons.  In 1852, however, six 24-pounders were again placed here, upgraded in 1861 to 32-pounders as relations with the United States were again deteriorating.

With advances such as rifled cannons and metal-clad ships, the forts armaments became obsolete.  By 1870, with the addition of the nearby Cambridge Battery, the guns were upgraded to five 9" and five 7" rifled muzzle-loaded guns.  In 1890, an observing station was added to assist with the detonation of anti-ship mines in the harbour.

The turn of the century brought two 6" Mk VII rifled breech-loaded guns with a range of about 12,000 yards.  Barracks and mess facilities were added as well.

World War II brought two 4.7" guns, and the fort became a training battery.  It was closed in 1942, with most of the buildings having already been demolished.  Major sections of the fort are either sealed, or buried under the park grounds.

I left here and followed a series of paths through the trees, guided by my phone to the next place of interest.

Construction of this battery began in 1862 and was completed in 1868 in direct response to relations between the British and the United States.  It was armed with five 10" rifled muzzle loaders, and three 7" guns.

By the beginning of World War I, two 6" Mk VII breech-loading guns were put in place.  When the battery was deactivated in 1918, those guns were transferred to Sydney, Nova Scotia. 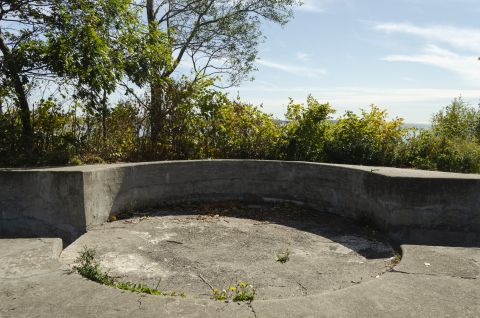 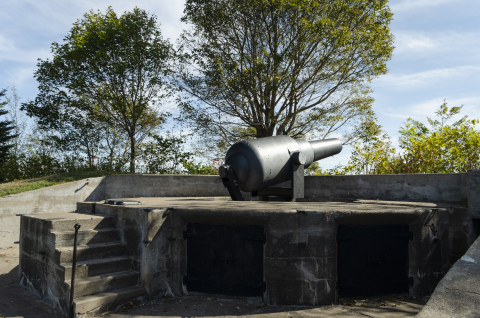 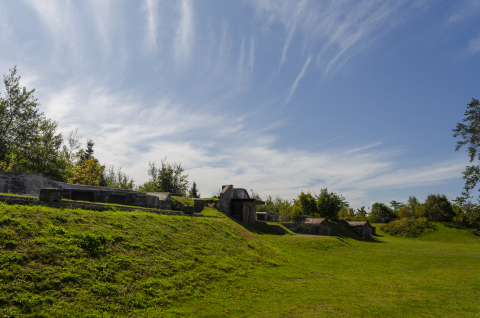 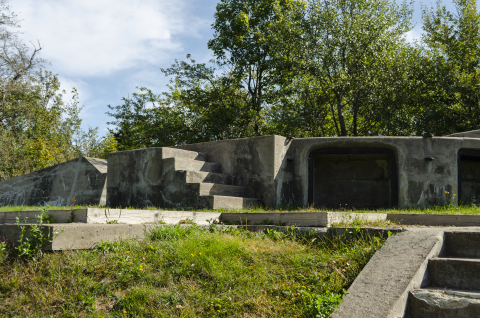 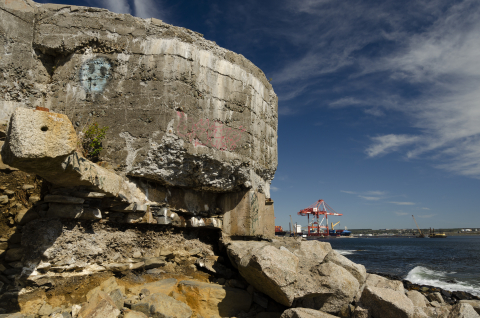 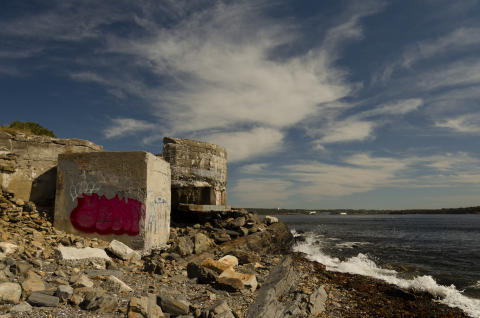 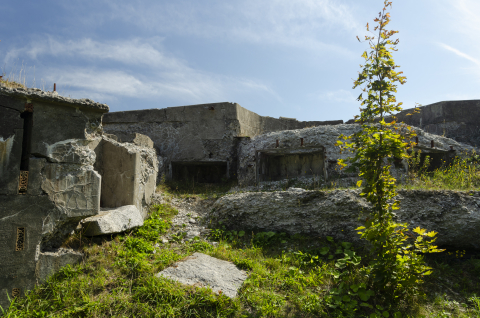 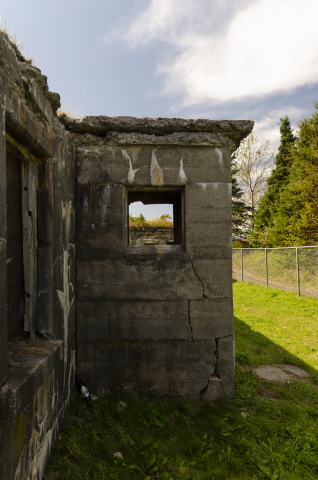 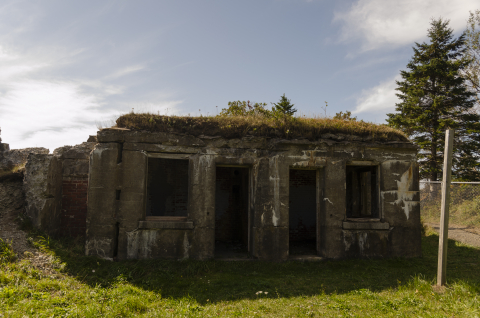